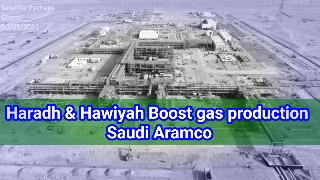 Haradh & Hawiyah Gas Production
Raising gas production is key to Saudi Arabia’s plan to diversify its energy mix by cutting its use of crude oil and liquids for power generation.
Aramco, the world’s largest oil and gas company, would also boost production from Haradh by building gas compression plants and other facilities, the sources said. Hawiyah and Haradh are part of Ghawar, the world’s largest onshore oilfield.
Aramco has asked companies to express their interests in participating in bidding for these projects while the actual bidding is expected to start in March. 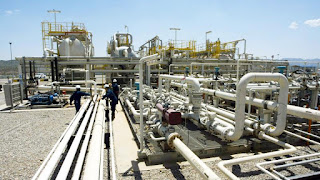 Haradh & Hawiyah Gas Production
Saudi Aramco did not respond to an emailed request for comment at the weekend.
Saudi oil officials have said they aim to increase the use of gas in the energy mix to 70 percent from 50% now.
Despite falling oil prices, Saudi Aramco has pushed ahead with oil and gas projects that it has highlighted as a priority for the long term to keep the world well supplied with oil while meeting gas demand for power domestically.
Gas is also essential to boost Saudi Arabia’s industrial and mining base as the kingdom plans to diversify its economy under its Vision 2030 plan that aims to reduce its dependence on oil.
Last year, Saudi Aramco’s CEO Amin Nasser said no downstream or upstream projects had been cancelled. On Tuesday in Davos he said the company was working on building its oil and gas capacity to meet future demand growth.
It plans to nearly double gas production to 23 billion standard cubic feet a day in the next decade.
Saudi Aramco has embarked on a massive programme to boost gas output for electricity and petrochemical production by developing gas fields not associated with oil production.
For instance, it is exploring and developing unconventional gas in the north of the kingdom. Amin Nasser said last year, more gas from unconventional resources will start coming from the end of this year.
Aramco awarded last year a 50 billion riyals Fadhili gas project.
Saudi Arabia’s energy minister Khalid al-Falih said this week the kingdom plans to invest up to $50 billion in renewables by 2023 producing 10 gigawatts of power.
Nasser told Reuters last year Aramco is looking to play a major role in achieving that target.